Struggling to mask the pain from years of sexual abuse, Joy finds herself trapped in a secret addition. But when her mother refuses to believe the truth about her father, Joy tries to find her own way out.

Brad Kammlah is an award winning writer and director, best known for his passionate style and strong sense of story that can be seen throughout both his dramatic and comedic work. His film Purge, has played at over 17 film festivals and has won 5 awards including Best Dramatic Short and Best of Fest. He is a UCLA Professional Screenwriter Alum and Groundlings Alum. He currently has several new projects in development.

Gigi Malavasi is an amazingly talented DP, who already has a long list of successful projects to his name. Originally from Italy, he brings a unique and dramatic style to his work which brings each frame to life. He’s shot over 15 short films as well as several music videos and documentaries. He has also completed 8 features including Forgotten Pills and Broken Idyll.

Danielle Hagan is an accomplished actress, singer, and dancer who attended the American Musical and Dramatic Academy in New York. She has appeared in numerous stage plays including Cabaret, Into the Woods and Proof. Danielle can also be seen performing her original music regularly throughout Hollywood. This is Danielle’s leading role debut in a short film.

Mark Arnold is a veteran actor of both stage and screen. He has appeared on numerous television shows including Desperate Housewives, Las Vegas, and One Life to Live. In film, he his perhaps best know for his role as Mick in Teen Wolf, starring Michael J. Fox. With work in over 83 short films and 15 features, Mark has consistently brought a level of depth and realism to countless roles. Mark was also recently nominated for Best Actor at Method Fest.

Mary McNeill began her acting career on stage in New York before relocating to Los Angeles. Mary has appeared in more than 17 films in recent years as well as numerous TX shows including A&E’s Biography of Sylvia Plath, Nip/Tuck, Boston Legal, and Saving Grace. She received training from several prestigious schools including NYU and from The Groundlings founder Gary Austin.

Kate Atkinson worked as an actress in several theater groups and comedy troops before moving her focus towards producing. She has produced several features including McCartney’s Genes, Extra: In the Background of a Dream, and The Ones. She recently wrote and directed her first short film, Enough is Enough.

Nathan Matthew David has carved out a successful career in music. He’s written and recorded for short films including Dinner at Eight and Roman Candles. His haunting melodies and creative style can also be heard in several feature films such as The Lost Coast and Children of War.

Thomas Moore is an Emmy Award winning editor who spent many years on such shows as Northern Exposure, Ally McBeal and Bones. He is currently editing episodes for the critically acclaimed television show Life, which airs on NBC as well as Women’s Murder Club for ABC. With a strong sense of story and a tuned ear for dialogue, Moore enhances each project in a unique way. He has also edited several film projects including the feature film, The Ones. 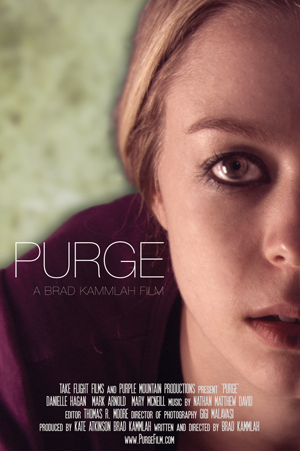